Arrived at Plymouth, MA, 1620, with father, aboard the Mayflower 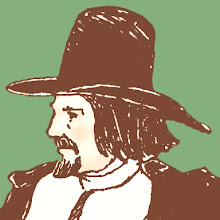